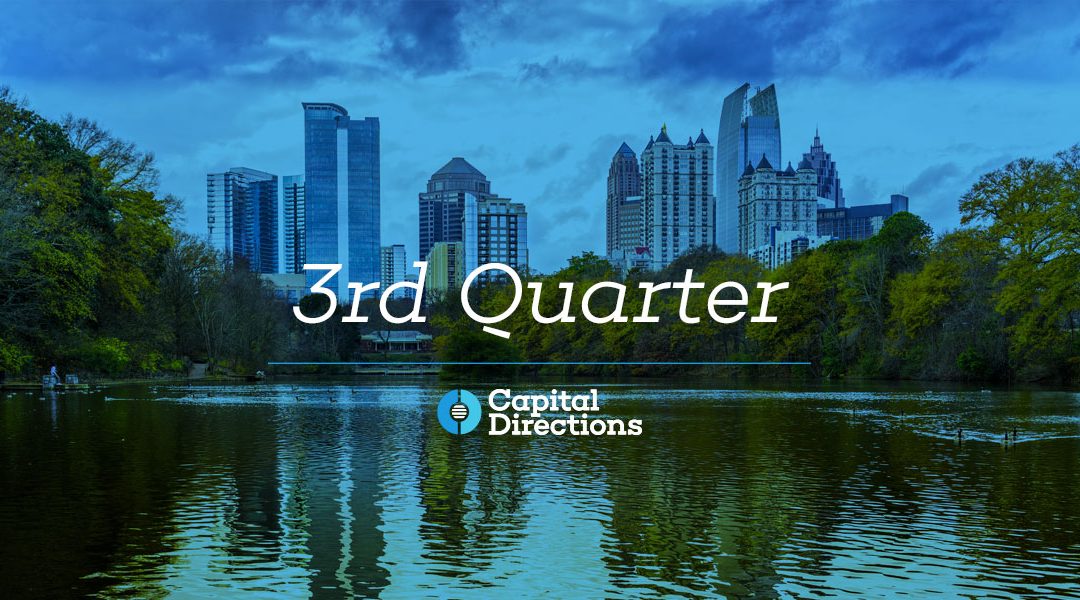 Technology giants have been the darlings of Wall Street and individual investors for well over a decade now. These companies – especially the “FAANG” stocks of Facebook, Amazon, Apple, Netflix and Google – are the proverbial cool kids at the party. Their cutting-edge products and services have enabled these companies to become huge cultural influences and enjoy unprecedented growth and scale.

That growth, however, comes at a price – and not just in terms of the sky-high valuations of their respective stocks. The sheer power and control these companies now wield over vast swaths of the economy have put them squarely in the crosshairs of activist groups, government regulators and the press.

Facebook, in particular, has had a very rough ride in recent months. First, a series of Wall Street Journal articles exposed the social media giant’s internal efforts to target their services toward children, despite growing evidence that social media has significant negative impacts on the self-esteem and mental health of young people. As if that wasn’t enough, Facebook and its Instagram and WhatsApp properties suffered an embarrassing, day-long service outage due to internal technical issues on October 4.

Regulators are also ramping up their efforts to reign in the market dominance of Big Tech. In June, Facebook, Apple, Amazon and Google were all targeted in bi-partisan Congressional antitrust legislation in a series of bills that would force those companies to reshape their business practices to keep them from stifling competition. What the ultimate shape of those legislative efforts looks like remains to be seen, but they carry significant risks to all of the FAANG stocks, which must keep growing at astronomical rates to justify their lofty valuations. Regulators in the European Union have been even more aggressive in their anti-trust efforts against those companies.

The big tech stocks aren’t the only ones facing major threats from outside forces. Crypto currencies are, perhaps, even more in the crosshairs.

We won’t wade into the debate about the legitimacy of crypto currencies. There are plenty of talking heads taking either side of that debate in the financial media who are just a Google search away. We will, though, make an observation about the potential risks crypto poses to investors beyond its intrinsic value. For starters, consider the recent actions taken by countries and regulators to address what they see as the threat crypto poses to their economies and currencies:

The bottom line is that sovereign nations have a significant interest in not letting crypto de-stabilize their economies and currencies. Whether their concerns are justified is beside the point; they have the power to act, and how they act is going to have a tremendous impact on the long-term viability of crypto.

The common theme in the external threats faced by both the mega-cap tech stocks and the crypto currency market is this: unanticipated forces and events can have huge impacts on stocks and sectors no matter how invincible they may seem in the moment.

Those forces can take a number of different forms: governmental, environmental, geopolitical, etc. As we pointed out in this space recently, no one could have anticipated the catastrophic effects that the Covid-19 pandemic wrought on cruise lines, rental car agencies, restaurant chains and many other sectors within just a few months. Whether the forces aligning against the tech giants and crypto currencies have significant negative impacts on them in the future is impossible to know at present – which is our point.

The global capital markets have demonstrated their resiliency time and time again in the face of major events and disruptions, but the same can’t be said of individual stocks and narrow market sectors. Having a disciplined investment plan and diversified investment portfolio keeps investors from the temptation of chasing after the latest shiny investment captivating the public’s interest. While that approach doesn’t bring the thrills that investors in high-flying stocks and sectors sometimes enjoy, neither does it bring the lows, and those lows can sometimes be devastating.

We appreciate our relationship with you. If you have any questions or thoughts about the contents of this letter, or anything else, please don’t hesitate to reach out to us!