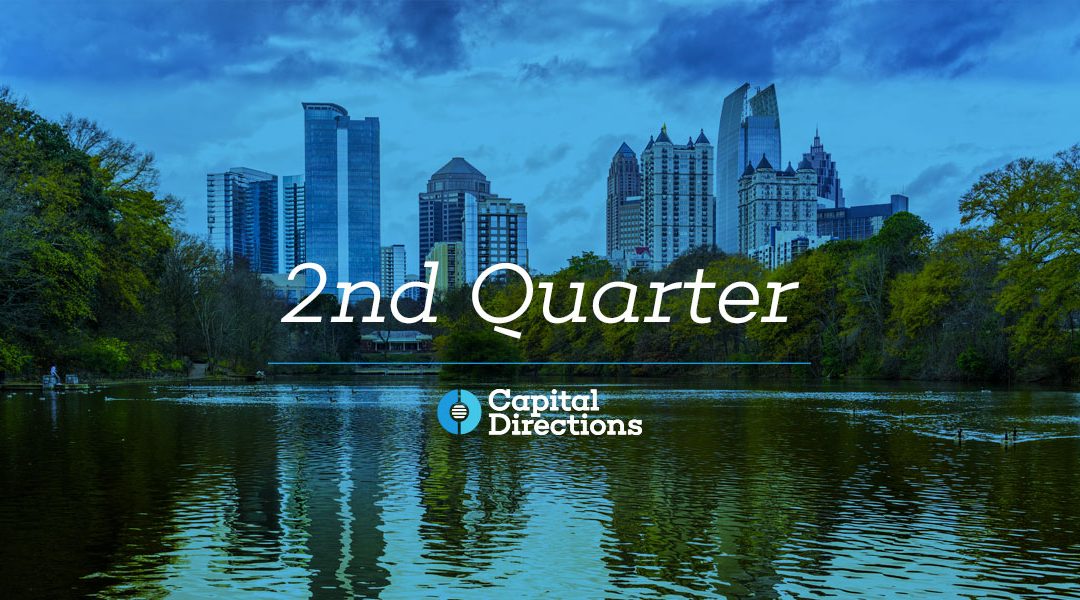 As the major stock indexes have, one-by-one, broken through their previous record highs in recent months, it has been interesting to observe that the dominant reaction among many investors has not been one of celebration but, rather, trepidation.

While the above may sound like current events, it’s actually an excerpt from our April 2013 client letter. We were speaking at the time to the fact that the Dow and S&P 500 indices had just broken through their prior record highs that were established in 2007. After the long, painful slog through the Great Recession in 2008-09, investors were more cautious than carefree when the Dow and S&P regained their pre-bear market levels in First Quarter 2013. Articles abounded in the press about how a pullback was likely, and investors were urged to “take some winnings off the table” and pare back their stock exposure.

Fast forward to today, with the Dow as of this writing above 21,000, and it’s not hard to see how wrong-headed such advice was in retrospect. The Dow has gained more than 60% since the beginning of 2013, and small stocks have gained even more. Investors who “took some winnings off the table” with the Dow at 14,000 have missed out on tremendous gains that stocks have delivered during that time.

Today we hear many of the same concerns that we heard a few years ago. With all the major stock indices at or near record levels, investors are more cautious than ever about allocating additional money to stocks.

There’s no escaping the fact that volatility is an inherent part of stock investing, and a downturn in stocks at some future point is not just likely, but inevitable. The question, though, is should that reality give investors pause about allocating new money to stocks in the current market environment? Here are six points that may help provide some clarity on this subject:

2. Investing with markets at record highs is a fact of life in stock investing: Looking back over the past century, investors have continually faced the “dilemma” of investing with stocks at record high levels. They faced it in 1960, when the Dow first moved above the 500 level; in 1982, when the Dow finally moved above the 1,000 level; and in 2001, when the Dow first reached the 10,000 level. At each of those points in time, there were dire warnings that stocks were over-valued and investors should tread cautiously. And yet who among us wouldn’t love to turn back the clock and invest in stocks when the Dow was at 500, 1,000 or even 10,000?

4. Asset allocation takes the risk out of being in the wrong asset class at the wrong time: Much is made about the fact that, following the Great Depression, stocks failed to regain their record highs for 25 years. But that is true only of the stocks in the Dow Jones Industrial Average, the largest of the large U.S. companies. A diversified portfolio that included small stocks and international stocks would have regained its pre-Depression levels many years before the Dow fully recovered. With the ability today to allocate investments across additional asset classes such as small foreign stocks, international and U.S. REIT stocks and emerging markets stocks, the risk of being concentrated in a single asset class (such as large U.S. stocks) that endures a decades-long downturn is greatly reduced.

5. Stocks sometimes go down, but stocks don’t stay down: The common anxiety investors face when investing in a historically high market is the fear of buying in at the top, just in time to catch a downturn. And while it’s never fun to invest money and watch its value decline right out of the gate, too often investors lock on to this possibility without thinking through the rest of the scenario, which is this: Once a significant downturn is over, stocks historically have soared back well beyond their previous record highs and continued to move higher for many years thereafter. So long as investors don’t sell their stock positions during the downturn and turn “paper losses” into real losses, all that’s required to endure the downturn is a prudent investment strategy and intestinal fortitude.

6. When stocks go down, investors become less inclined to invest, not more inclined: There is a misguided belief among many investors that they will happily jump back into the stock market once a significant downturn has occurred. “Once we get a 20% downturn, I’ll invest,” goes the thinking.

But such downturns only occur when fear has gripped the market and all the news headlines are obsessed with how far the market has fallen and how much farther it will go. Instead of feeling encouraged that stocks are a good buy, investors become more cautious, fearing they will put money into stocks only to see the market continue to fall. So instead they continue to sit on the sidelines, waiting until things “calm down.”

In reality, however, stocks typically soar back upward well before the crisis that provoked the selloff has run its course. The market recovery from the 2008-09 financial crisis illustrates this vividly. Despite assurances from the pundits that investors should not expect a v-shaped recovery, stocks did exactly that. From the market low in March 2009, the Dow Jones index gained 30% in the span of just three months. By the end of the year it was up more than 60% from its low point. All of this occurred despite fear continuing to grip the market and the widespread belief that stocks were experiencing a false recovery and would fall below their March lows in short order. Investors who were still waiting for the “all clear” signal to get back into stocks instead saw stocks leave them in the dust.

The bottom line is that making subjective decisions about when to invest in stocks – whether the market is too high, whether current events are likely to provoke a downturn – is to invite paralysis by analysis. Over long periods of time – ten- and certainly twenty-year periods – investors have always been rewarded for investing in stocks, regardless of whether the market moves up or down in the short term.