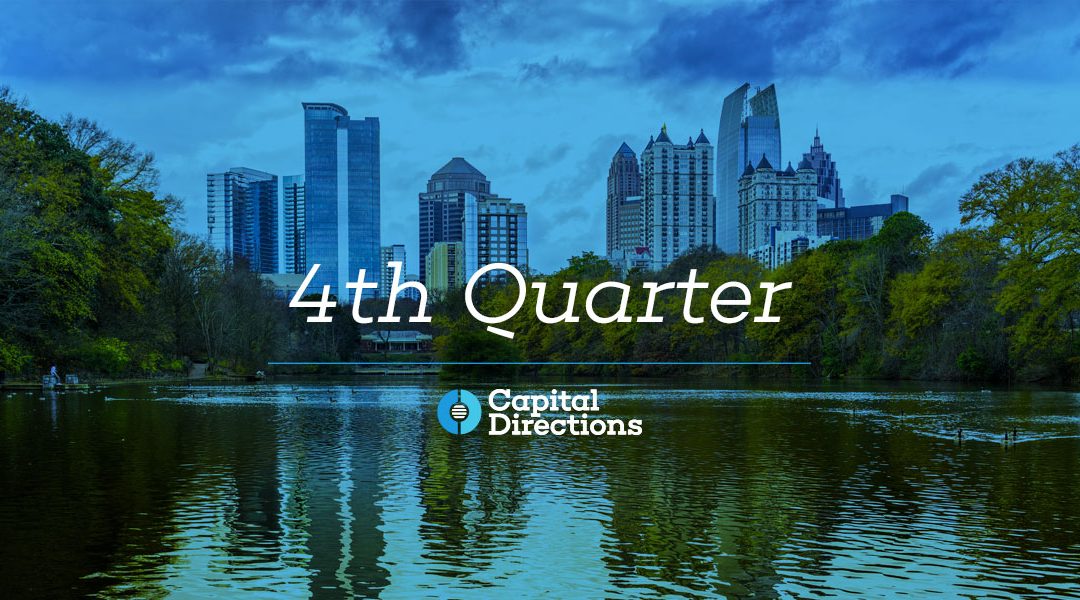 Staggering gains, to be sure, although (as we noted in last quarter’s client letter) not atypical for a recovery from a major market downturn. There have been several bull markets in the past century that have seen cumulative gains much higher than those we have presently experienced.

It was therefore dismaying, though not all surprising, to read a story in the January 4, 2018 online edition of The Wall Street Journal bearing the headline, “As the Dow tops 25,000, Individual Investors Sit It Out.” The story was a rather depressing look at the lack of enthusiasm small investors have had for stocks in recent years, even as the markets have surged to record levels:

Survey data indicate that American stock ownership is retreating. Sixty-two percent of Americans reported owning equities, on average, between the fall of the dot-com bubble and the onset of the global financial crisis, between 2001 and 2008, according to a Gallup survey from early 2017. That number shrunk to 54% during the current bull market, from 2009 to 2017.

This mistrust of stocks has led many individual investors to seek safety in the bond market, despite rock bottom interest rates and an even longer rally that in many ways looks more stretched than stock valuations. More than $950 billion has moved into all bond mutual and exchange-traded funds since 2012, ICI said.

It’s telling that small investors began shifting more of their money to bonds in 2012, because that was the year the Dow and S&P regained the ground they had lost in the 2008-09 bear market. Clearly, many small investors viewed this recovery the same way a gambler feels when he digs himself out of a hole and recovers his initial stake: “It’s been fun, but I’m out of here.”

Unfortunately, this is the way most small investors view the stock market: as gambling. They have been conditioned to this world view by Wall Street and the media, who are forever encouraging investors to view the stock market as something that should be gotten in or out of, rather than a place to stay invested for the long term. Given the near impossibility of timing the market correctly, small investors continually make adverse decisions that cause them to lose money even when stocks are delivering strong long-term gains.

There is, however, a silver lining to these numbers for investors who have stayed the course. We are clearly a long way from the “irrational exuberance” era of two decades ago, when small investors threw caution to the wind and plunged everything they had into the most speculative segments of the stock market. Small investors today are anything but exuberant, and that lends credence to the belief that the current market rally may yet have a long way to go.

Beyond the surging stock market, 2017 will no doubt also be remembered as the year the word “Bitcoin” first came into the consciousness of millions of investors.

Bitcoin is a cryptocurrency – a virtual currency, essentially. It has been the subject of passionate debate as people weigh in on the validity and feasibility of cryptocurrency as an alternative to the traditional currencies of sovereign nations.

We come, however, not to wade into this aspect of the debate, but to examine the fervor that swept the globe last year about Bitcoin and propelled its valuation into the stratosphere in just 12 months’ time. The following chart shows the growth in value of one Bitcoin since 2015:

For those who are keeping score, that’s a gain of about 1,000% since the beginning of 2017. Suffice it to say that gains of that magnitude grab the attention – and the emotions – of the investing public.

While there’s never a way to know for sure that a run-up in an investment constitutes a bubble – at least not until it pops – the similarities between the current Bitcoin craze and the dot-com mania of the late 1990s are hard to ignore.

First, consider that Millennials are, far and away, the biggest investors in Bitcoin. This isn’t surprising: Cryptocurrency (of which Bitcoin is the largest) is a nebulous and technical concept, and younger investors today are inherently more comfortable with the notion of a “virtual currency” than are older investors.

But, as it relates to the meteoric growth of Bitcoin value in 2017, this is also an area of concern, because Millennials aren’t old enough to have been investors during the heyday of dot-com mania in the late 1990s. Millennials were born in the 1980s and 1990s, and even the oldest members of this group were just teenagers when the dot-com investment bubble was at its zenith in 1998 and 1999. In contrast, dot-com mania, and the subsequent fallout when the bubble burst, is still a vivid memory for investors who are in their forties and beyond.

It’s one thing to read about the dot-com bubble; it’s another thing to have lived it as an investor. In this regard, it is telling how little caution Millennials seem to have about the underlying value of Bitcoin. A recent survey in Forbes of how Millennials view the worth and safety of Bitcoin found that:

There is a major disconnect in these statistics, though, when you consider that Bitcoin has suffered three separate crashes of 70% or more since 2010. This isn’t surprising, because Bitcoin has no intrinsic value; it doesn’t have cash flows or yield, and it doesn’t produce anything. The price is solely determined by the value investors are willing to give it – much like the dot-com companies that had no product and no earnings. And we know how that ended.

This isn’t to say that Bitcoin won’t zoom ever higher in the years to come; it is simply to say there is no way to know. Stock investing is about being an owner in future earnings and cash flows of companies that have a demonstrated history of delivering those things. Earnings and cash flows are quantifiable and have value; while the market may assign that value differently in different market cycles, the value is still there.

The cryptocurrency craze, in contrast, is about investing in a concept. If and when the market decides that concept has a lot less, or even no, value – look out below.