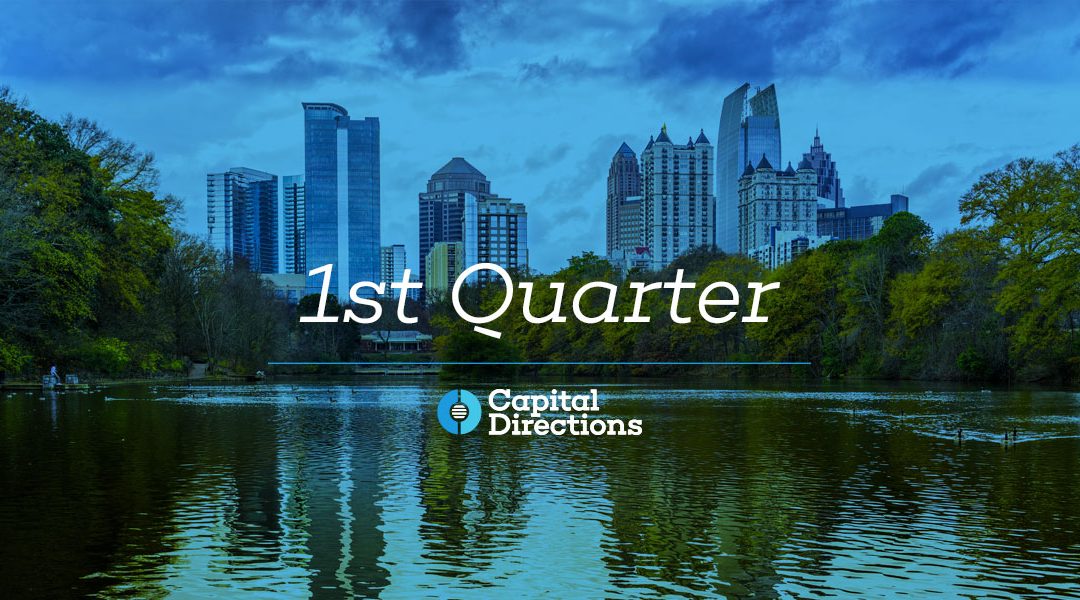 January saw the stock market continue its rapid surge upward, but the party did not last long on Wall Street. Volatility returned to the market in a significant way by the end of the month, and stocks have whipsawed up and down ever since.

Not surprisingly, the media made fast hay of the turbulence in the market. Stories abounded on web sites and TV about the “record declines” stocks were experiencing. On February 5, for example, the Dow dropped 1,175 points, and headlines screamed the news that the Dow had suffered its “largest decline ever.” The more reputable articles included the context that this was based on point declines, not percentage declines, but this tidbit was typically buried within the stories.

Notably, the worst daily point drop in the Dow’s history on February 5 didn’t even crack the top 20 worst percentage declines. It’s also interesting to note that the second-worst percentage decline in history (a drop of 12.82% in 1929) was the result of a mere (by today’s standards) 38.33 point decline in the Dow. Clearly, percentage declines are what matter in the stock market; point declines, without context, are meaningless. But context doesn’t draw viewers to TV shows and clicks to websites – drama does. So it’s up to investors (and their advisors) to help keep that drama in perspective.

Here, then, is our perspective: The downturn in stocks this quarter was (as of this writing) about 10%, which is the conventional definition of a market correction. Historically, such declines occur in the stock market about once a year. Full-fledged bear markets, defined as a decline of 20% or more, occur frequently as well – on average about every 3.5 years.

The key to successful long-term investing is to manage that volatility as effectively as possible through prudent diversification and a sound investment strategy that doesn’t deviate based on short-term market conditions. History shows that this approach – and only this approach – is what separates the winners and losers in the stock market.

The sudden surge in market volatility this quarter was attributed to several causes – fears of rising interest rates and a potential trade war with China chief among them. But there was another catalyst to the selloff that caught our eye, because it was, in the immortal words of Yogi Berra, Déjà vu all over again.

We speak of the previously arcane investment funds known as “inverse volatility funds.” These are (or, in some cases, were) funds whose sole purpose is to allow investors to bet against market volatility. While there are valid uses for such strategies in certain industries, such as commodities trading, inverse volatility funds were never intended to be used as an investment in and of themselves, especially for retail investors. But that’s exactly what happened.

Prior to the January downturn, stock market volatility was at or near record low levels for an unusually long period of time, going back to the fall of 2016. In fact, as measured by the VIX index of market volatility, 2017 and early 2018 were far-and-away the calmest periods of time in the market going back to the VIX inception in the early 1990s:

A VIX reading of 10 or lower indicates historically low volatility in the market; 2017 saw more than 50 such days – about ten times the highest number in any prior year.

Because inverse volatility funds gain when stock-market volatility is low, these funds posted stratospheric returns in 2017, with the top two funds in the category gaining 187% and 181%. Predictably, small investors began chasing these returns, pouring more than $6 billion into inverse volatility funds. Many of these investors had not the slightest inkling of how much money they stood to lose when (not if) volatility surged in the stock market. And the fund companies, by all appearances, did precious little to discourage small investors from flooding into these funds.

On February 5, however, those risks came crashing down on investors in inverse volatility funds. On that day, the value of the VIX doubled in a single trading session for the first time ever, climbing from 17 to 35. While a level of 35 in the VIX isn’t unprecedented, the spike was enough to nearly wipe-out the two largest inverse volatility funds in a single day. The VelocityShares Daily Inverse VIX Short-Term exchange-traded note and the ProShares Short VIX Short-Term Futures exchange-traded fund both plunged by 80% in just a few hours. The deep plunges in the values of these funds greatly exacerbated the frenzied selling that took place that day and played a significant part in the Dow’s decline.

If this all sounds familiar to you, it’s for a good reason. We saw much the same experience for Dot-Com investors in the late 1990s, and speculative real-estate investors in the mid 2000s, both of whom were wiped out when the market turned against them. It could be argued that inverse volatility funds were even more egregious, because they allowed people to bet on what is little more than a market condition. Betting on whether the stock market will, or won’t, be volatile in the short term is akin to betting on who wins the opening coin toss in the Super Bowl. It is unknowable and essentially meaningless.

As Warren Buffett once famously observed, “When the tide goes out, you discover who’s been swimming naked.” Sadly, most small investors had no idea they were skinny-dipping in the inverse volatility pool until it was too late.